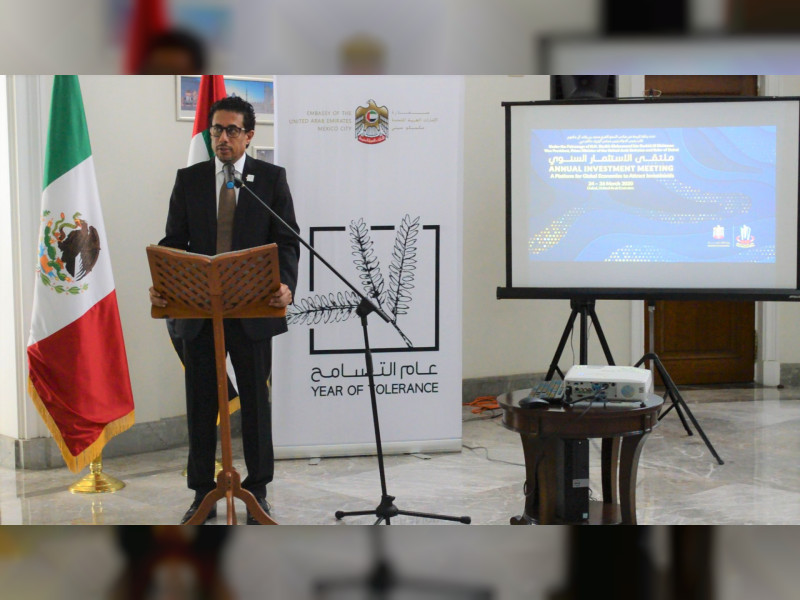 MEXICO CITY, 25th August, 2019, (WAM) — The UAE Embassy in Mexico hosted an event to introduce the “10th Annual Investment Forum,” in the presence of Ahmed Hatem Al Menhali, UAE Ambassador to Mexico, along with Arab ambassadors, members of diplomatic missions and representatives of the ministries of foreign affairs, economy and agriculture of Mexico.


The event was also attended by representatives of the National Association of Governors of Mexico, the Mexican Business Council for Foreign Trade, Investment and Technology, and other authorities.

Al Menhali began the meeting with a speech explaining the objectives of the annual forum, noting that the UAE has become a leading country due to its vision of the future and influential international role, as well as a model for attracting foreign investment.

He also explained the development of the UAE’s bilateral agenda and legal framework, while urging Mexico to participate in the forum and other relevant events. He then exchanged views on ways of promoting future cooperation with representatives of public and private sector institutions.