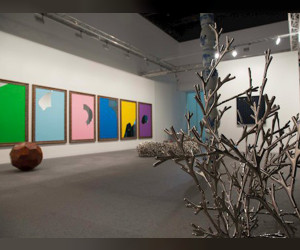 ABU DHABI, 30th July, 2020 (WAM) — The Department of Culture and Tourism – Abu Dhabi, DCT Abu Dhabi, has announced a new nationwide arts competition, Battle of the Arts, with the aim of empowering youth and young adults to discover their creative abilities and develop their artistic skills.


‘Battle of the Arts’ falls in line with DCT Abu Dhabi’s mission of fostering the talent and ingenuity of the younger generations and encouraging creative expression in all its forms. The competition is open to young people across the spectrum of artistic ability. It is not only artists with known skills, but those who might not yet realise the extent of their creative potential, who may find that they discover their unique talent and perhaps a new hobby or passion to carry forward in life.

The first round of winners will be selected by a Jury Panel from each partner organisation, with prizes awarded within each category and each age group. All winning artworks will be exhibited in an online student showcase.

The winners from each category will then automatically be entered into a final ‘People’s Choice’ competition, which will see the community and the wider UAE public called upon to vote for their favourite artworks through the CulturALL Youth social media platforms, choosing who will be crowned the ultimate champions of the inaugural Battle of the Arts.

The Battle of the Arts competition is now open for registration, with submissions being received through 24 August. Winners will be announced on 3 September, said the press release.