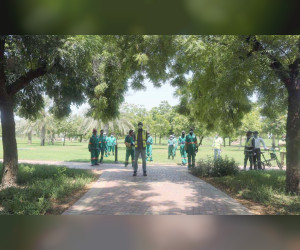 The initiative aims to benefit 10,000 cleaners and workers at the Abu Dhabi Corniche and various parks.

Noura Al Suwaidi, Director of the GWU, said that the initiative, which started in 2016 and takes place during the summer months of July, August and September, aims to reduce the effects of summer heat on workers working in open areas.

The initiative aims to reinforce the values of loyalty to the nation among workers and promote the spirit of cooperation and solidarity, she added, noting that water and juice will be distributed to workers as part of the initiative.